You have declined cookies. This decision can be reversed.

Here is the second preview of the new mahjong version on iPad ! This version will be identical between PC, Mac, iPad, Android and Windows 8 tablets. A beta test on PC and Mac will occur on August. Note: Mac users can be unable to launch the game since the latest Apple update, this version will solve everything as the game is entirely rewritten from scratch using another technology.

Have a nice summer ! 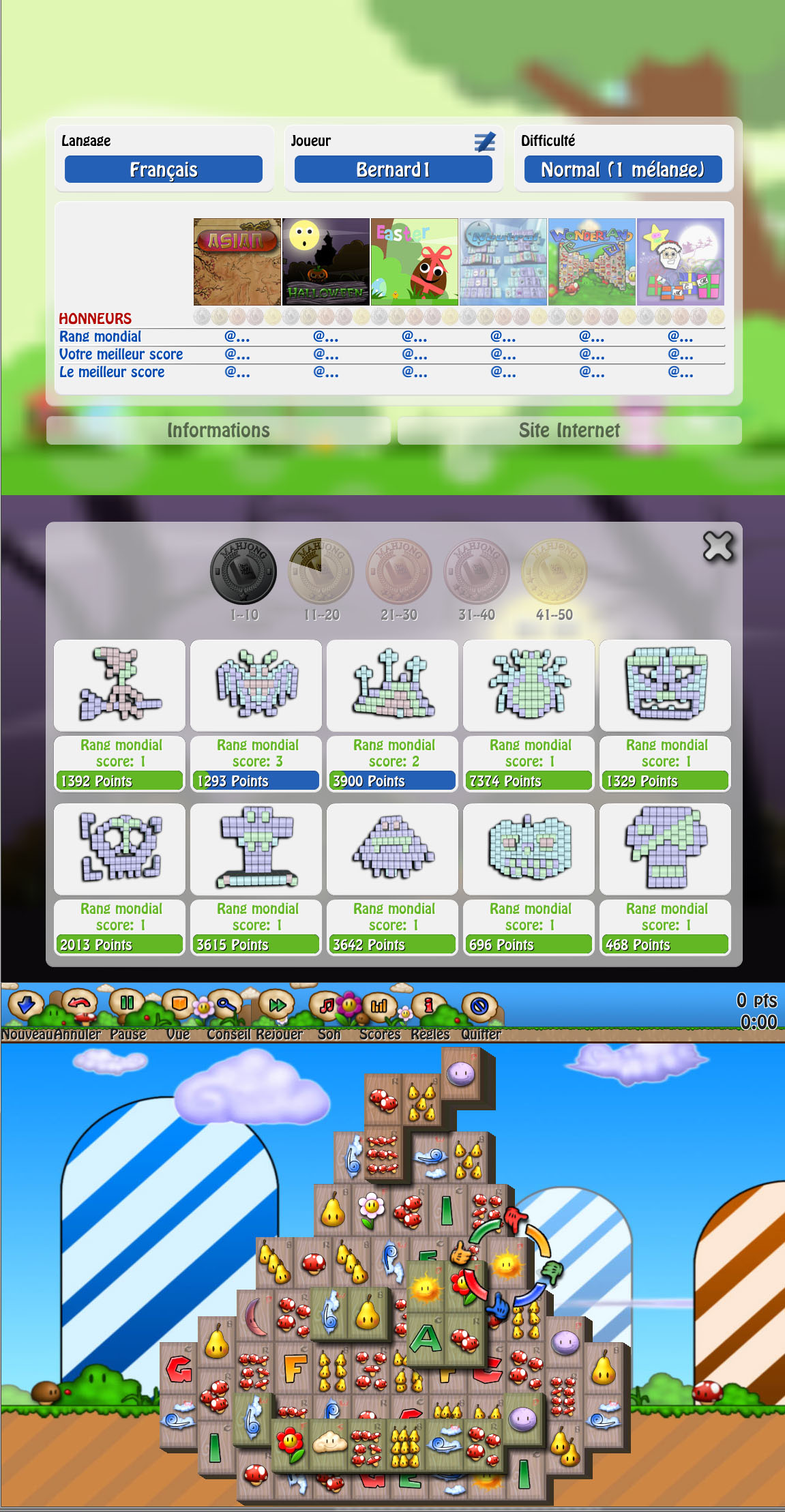 The new score system has been finalised. In the next version of Mahjong In Poculis, you'll be able to compare your performance on each layout with the other worldwide ones. Thus you'll know which levels to replay to increase your worldwide ranking.

Top performances for next version

As the game will be distributed to run at 60 frames per second, your processor will be used only a little and your battery won't suffer from running the game. The other good point it that we will reach our goal which is to make the game run on the low cost tablets on the market.

Have a nice day !

The end of year is coming and we are unfortunately behind schedule. You will have to wait for the first half of 2013 to be able to play the next version of Mahjong In Poculis.
Thanks to all of you who support us while we are building the new basis of the software. This new basis will allow us a lot of crazy things, including network gaming!
Happy holidays to all and a good start for next year!

Today, the 10 of august 2012, we have received an email from a player asking us some explanations about the noise coming from his notebook's fan. The explanation was simple: the game took all the CPU it could, showing 200 frames per second if it could. However, going over 60 frames per second is nearly useless.
So we have temporarily stopped the next big version development to correct this battery burner behavior: Mahjong In Poculis 4.55 has been released to make your fan and battery happier :)